Cinnamon popcorn is a delicious, low-calorie snack that helps with weight loss. This flavored Popcorn is a great way to satisfy your sweet tooth without sabotaging your diet. It is rich in fiber and antioxidants, which promote a healthy digestive system and help burn fat. Topsy’s Popcorn offers a delicious cinnamon flavor that’s ideal for quenching your appetites while aiding you in weight reduction.

How Does Cinnamon Popcorn Help with Weight Loss? 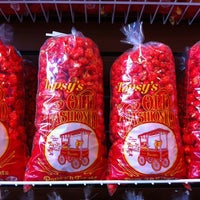 The combination of cinnamon and Popcorn makes for a filling snack that helps you fight hunger cravings throughout the day. One serving of cinnamon popcorn has about 5 grams of fiber, which is 20% of the recommended daily intake.

Fiber is an essential nutrient for weight loss. It helps you feel fuller longer and stabilizes blood sugar levels. This prevents cravings and binge eating, making you less likely to overeat. Cinnamon popcorn has a high satiety index, meaning it keeps you feeling satisfied longer than other snacks.

Cinnamaldehyde, the compound that gives cinnamon its flavor, has been shown to boost metabolism. It helps the body burn fat and convert it into energy. Cinnamon has thermogenic properties. Thermogenesis is the process of heat production in the body. It increases the heat generated by the body, which in turn helps burn more calories.

Popcorn also contains polyphenols, which are antioxidants that help with weight loss. Polyphenols increase the activity of enzymes that break down fat. They also reduce the absorption of fat in the gut and reduce inflammation. Cinnamon popcorn’s anti-inflammatory properties help reduce belly fat.

Cinnamon Popcorn Is Low in Calories and Fat

A serving of cinnamon Popcorn has only 120 calories and 2 grams of fat. This makes it a perfect snack for people trying to lose weight. It is also a good source of complex carbohydrates, which provide energy and help keep you feeling full.

The cinnamon flavor in cinnamon popcorn helps reduce cravings for sugary and fatty foods. Cinnamon has a sweet taste that helps satisfy your sweet tooth. It tricks your brain into thinking you’re eating something more calorie-dense than Popcorn. This helps to reduce overall calorie intake and promote weight loss.

Cinnamon Popcorn Aids in Digestion and Helps with Bloating

Cinnamon is a spice made from the inner bark of the cinnamon tree. It has been used for centuries in traditional medicine to treat digestive issues. Cinnamon is a natural source of enzymes that aid in digestion. 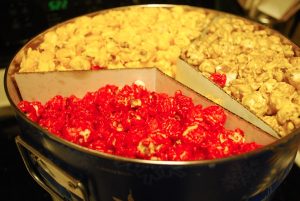 Cinnamon is a carminative which helps prevent gas and bloating. It does this by stimulating the production of digestive juices such as bile and acids. These juices aid in the breakdown of fats and speed up the digestion process.

Cinnamon is also a natural laxative. It relieves constipation and promotes regularity in bowel movements. This helps prevent the buildup of toxins in the body and aids in weight loss.

Cinnamon popcorn is a great option if you’re looking for a delicious and nutritious snack that helps you lose weight. It’s low in calories and fat, high in fiber, and has many other benefits that make it perfect for people trying to lose weight.

Topsy’s Popcorn offers a delicious cinnamon flavor that satisfies your sweet tooth while helping you lose weight. So what are you waiting for? Order your cinnamon popcorn today!