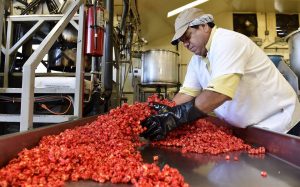 Only Topsys has perfected the magical taste of cinnamon popcorn!

There are several online recipes on how to make cinnamon popcorn but nobody makes cinnamon flavored popcorn like Topsys!

For over 60 years, Topsys has shared this Kansas City tradition with millions of popcorn lovers all around the world.

Satisfy your sweet tooth cravings with this delicious taste of tradition and the magical taste of Topsys cinnamon will satisfy any gourmet popcorn craving!

Available in gift tins or popcorn bags, Topsys makes it easy to order its magical appeal worldwide. If you’re outside the Kansas City area, you can enjoy the tastiest of Kansas City tradition as Topsys ships nationwide!

Don’t waste your time trying to find gourmet popcorn flavors or trying to make your own cinnamon popcorn.

Get the good stuff today! Order cinnamon popcorn from Topsys!